The Edinburgh, Loanhead and Roslin Railway
And the Glencorse Viaduct

The Edinburgh, Loanhead and Roslin Railway

The Railway line which ran through the Golf Course originally terminated at Roslin but by 1877 had been extended to Glencorse. The line was to take advantage of the Lothian Coalfield plus other mineral deposits and then later military traffic to Glencorse Barracks.

This early plan of the golf course from 1898, shows just how integral to Glencorse the Railway Line was, with a number of holes either running parallel to, or even crossing the Line.

The line to Glencorse closed in 1959 following many years of declining passenger and freight traffic – and the track was lifted between Roslin and Penicuik. 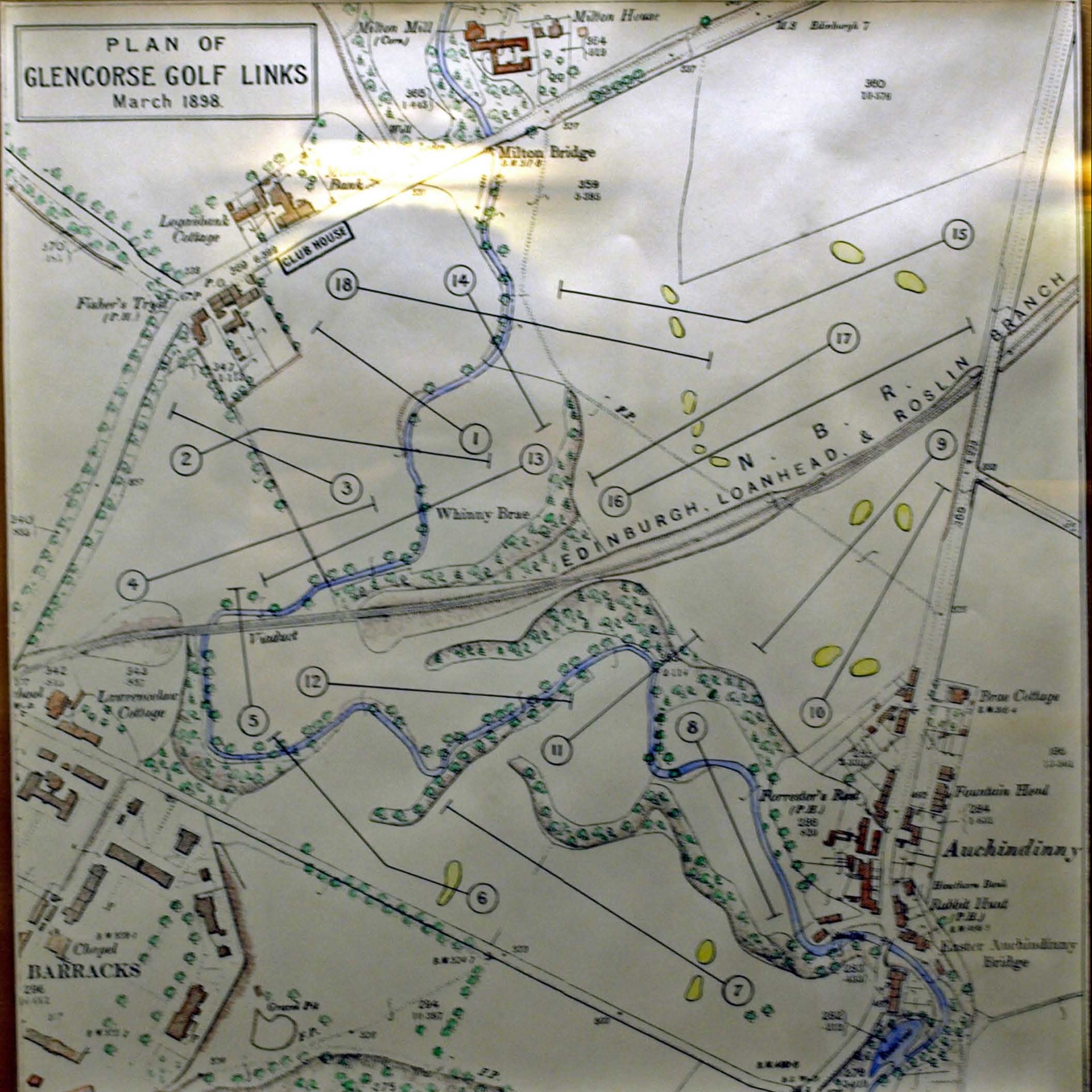 The main feature of the railway was of course the 16 arch Glencorse Viaduct. This aerial photograph taken in 1945 from Google Earth shows the Viaduct and its shadow – as well as the continuation of the railway line. 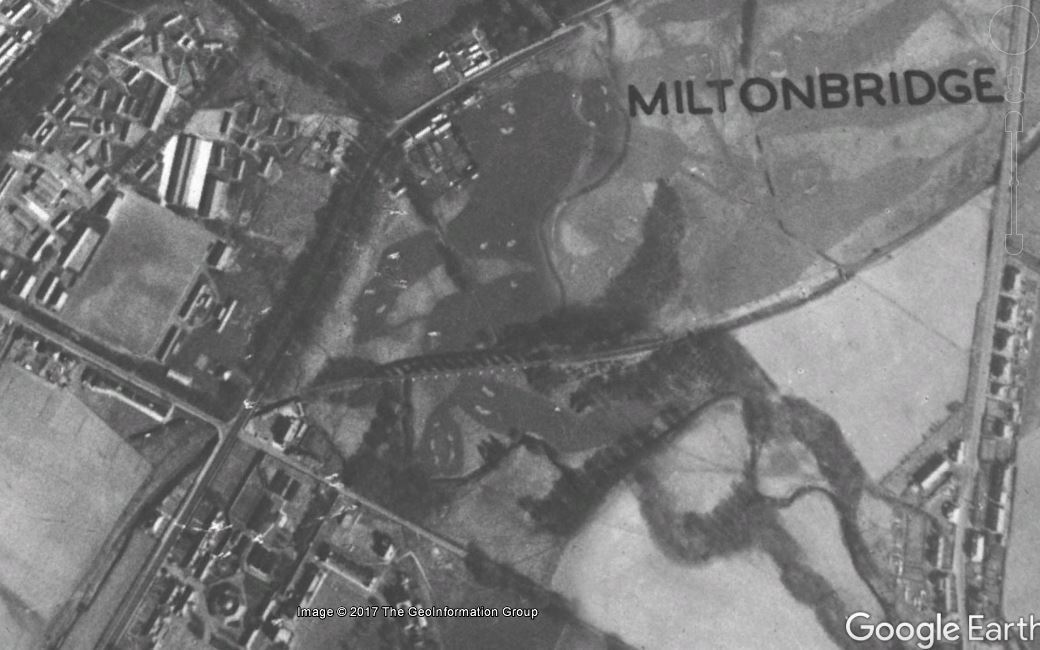 The Club purchased the Viaduct in the 1970s from British Rail when there was the possibility that part of the land would become a rubbish tip. Part of the condition of sale – was that the Club would take responsibility for its maintenance. 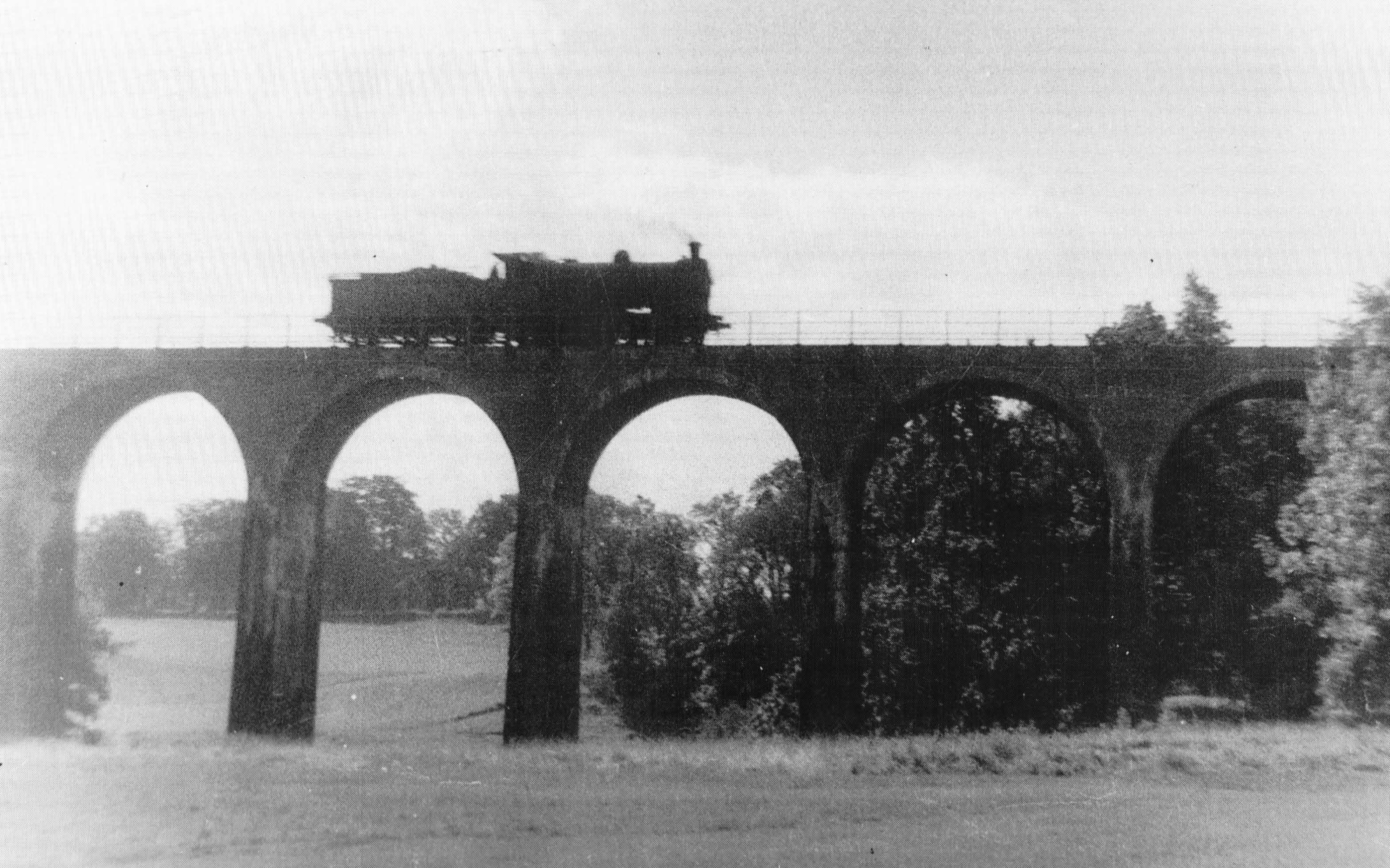 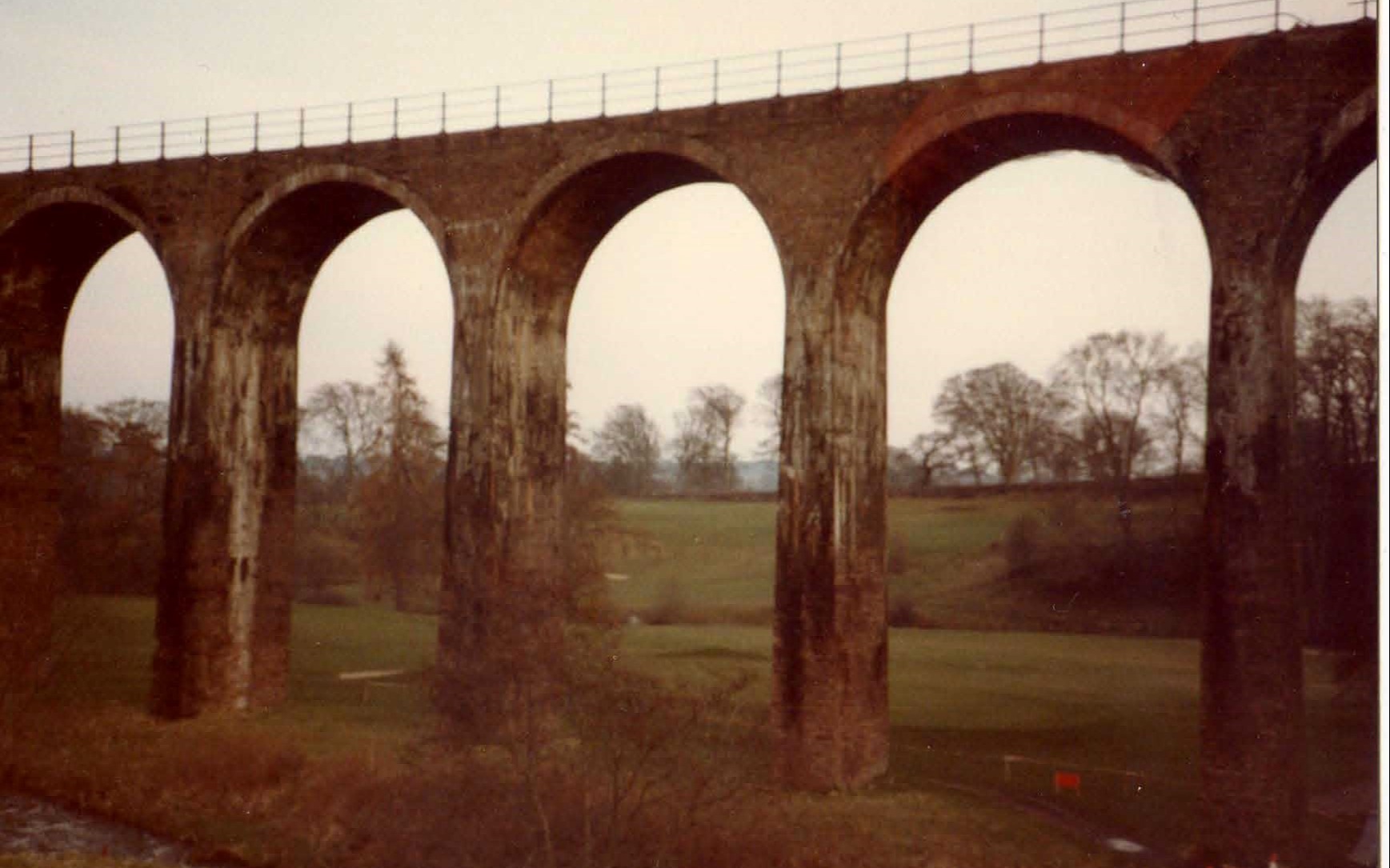 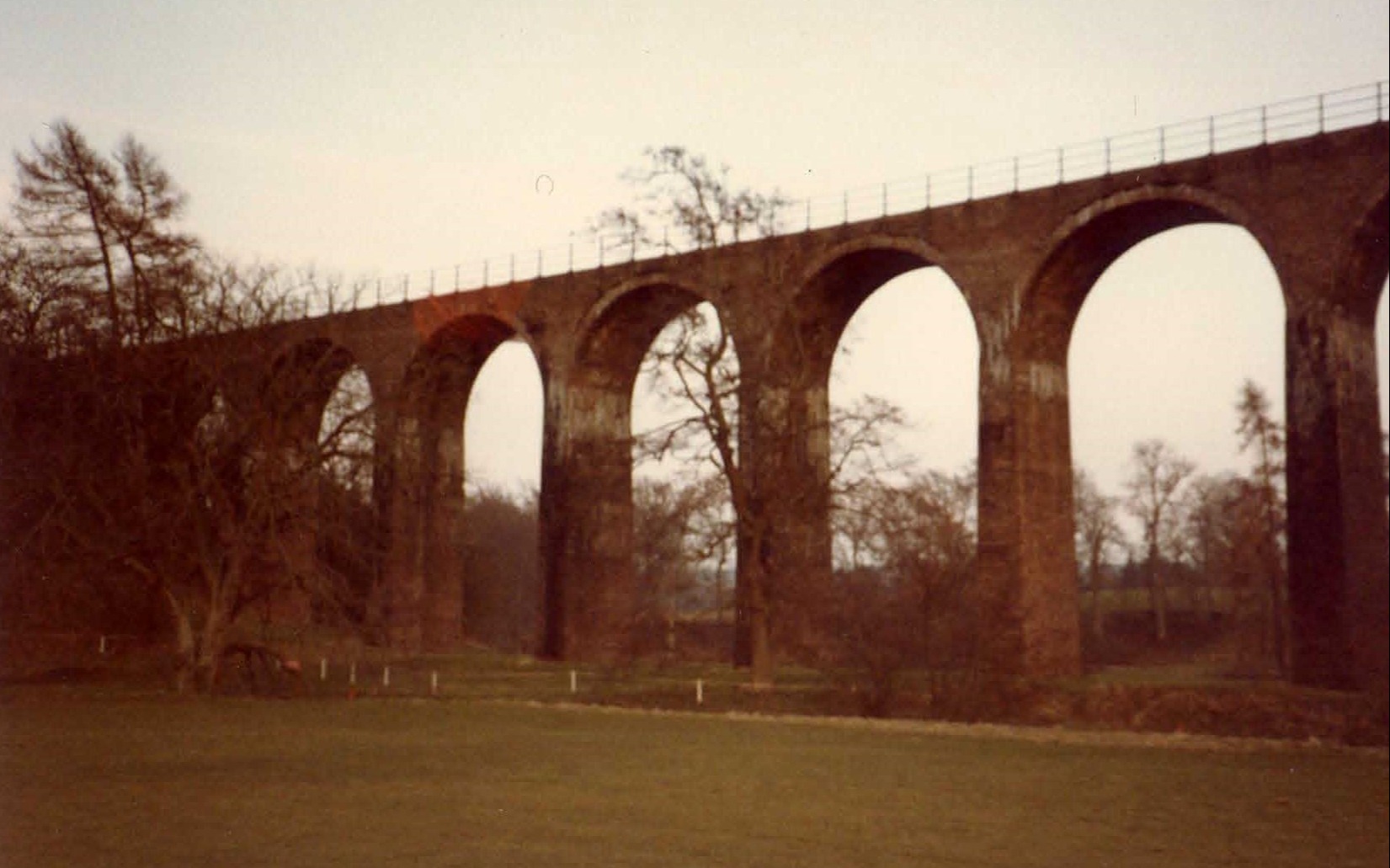 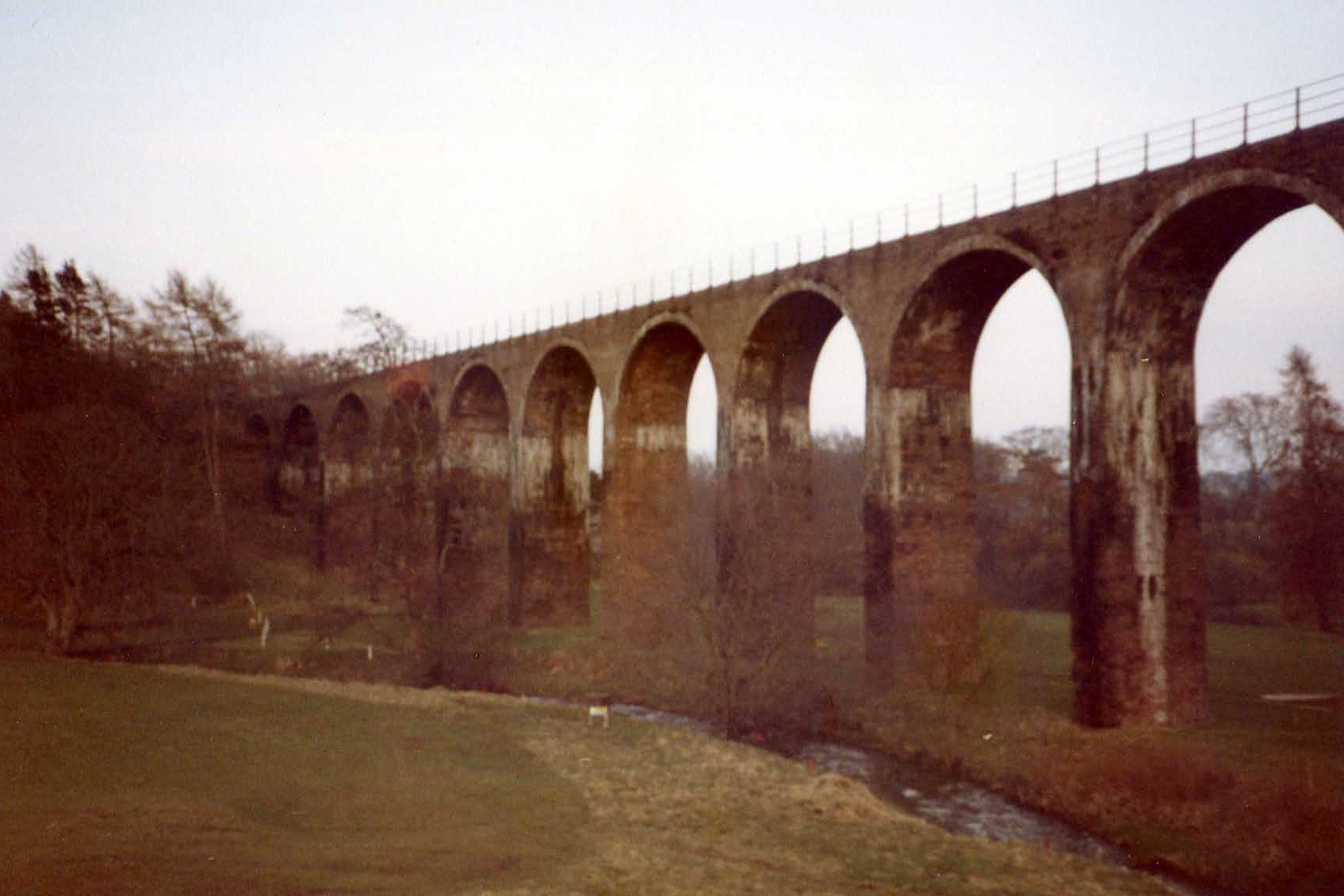 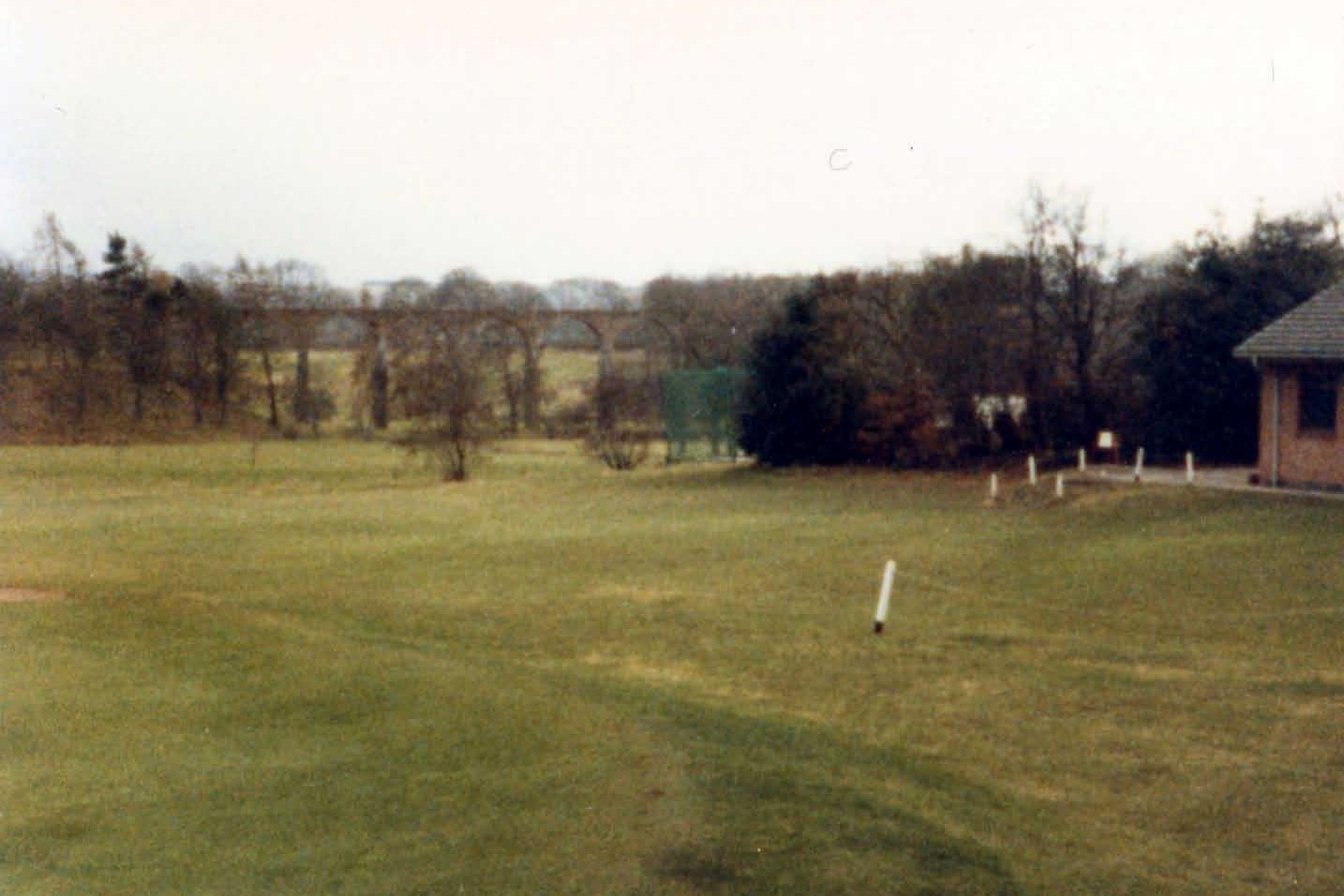 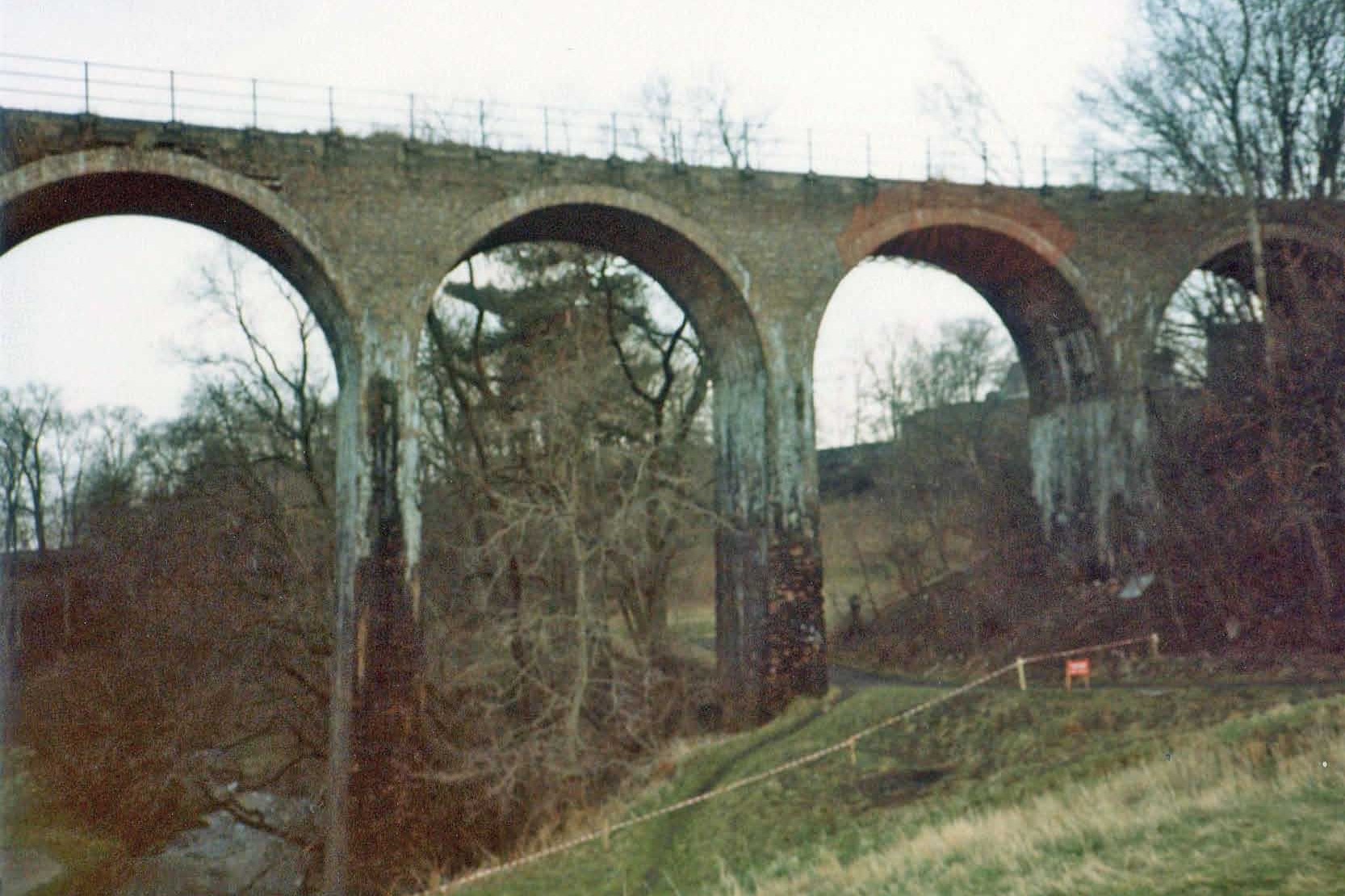 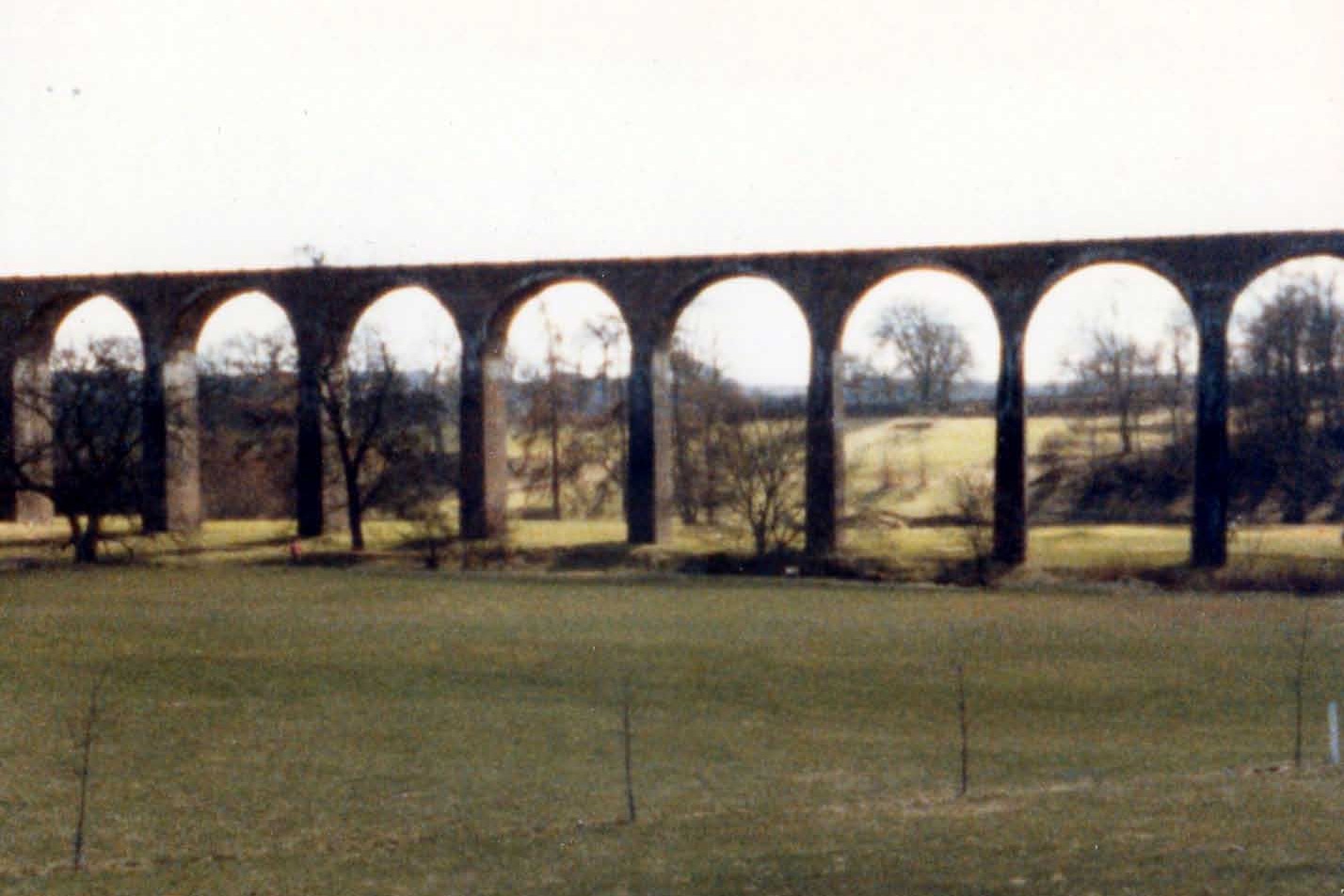 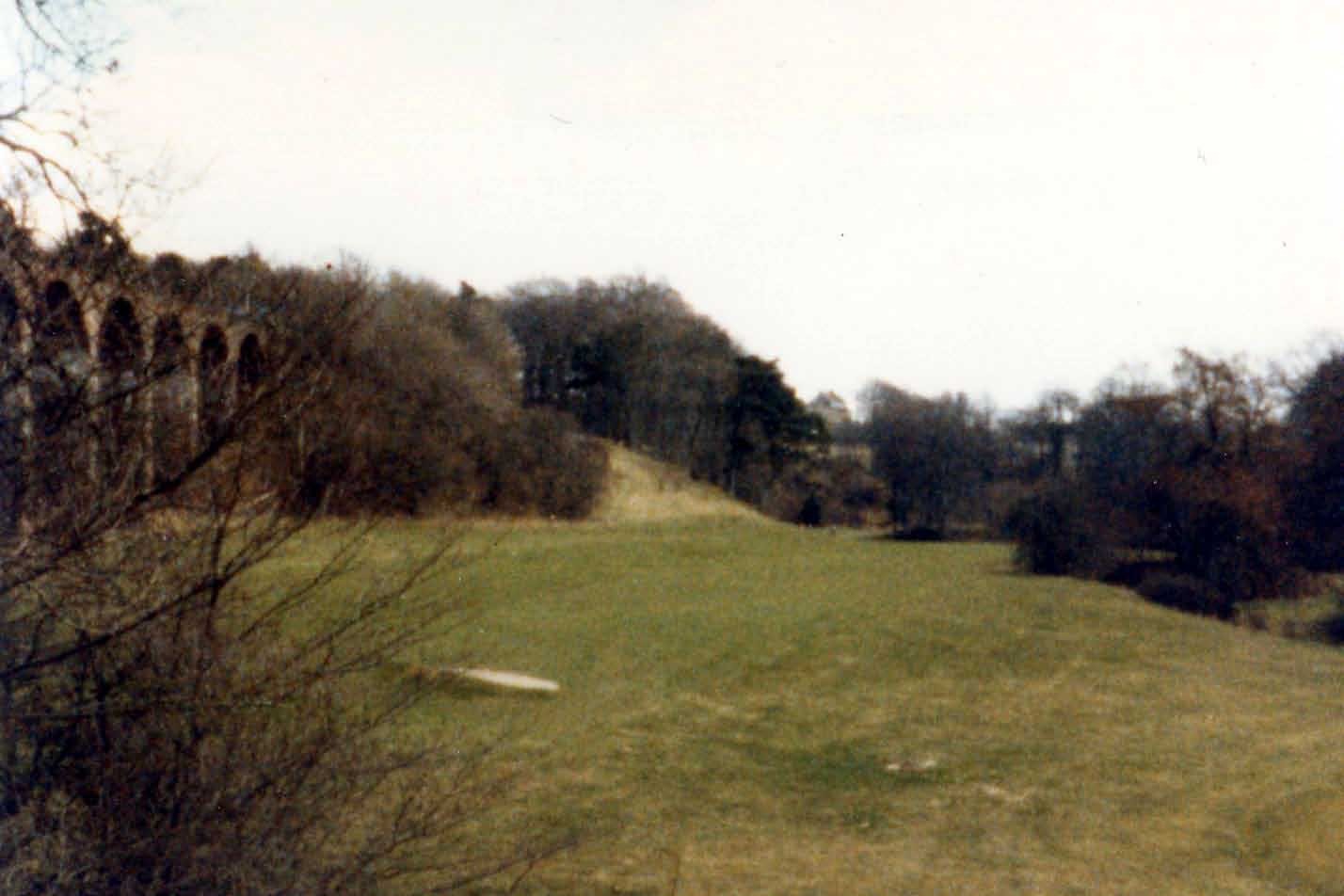 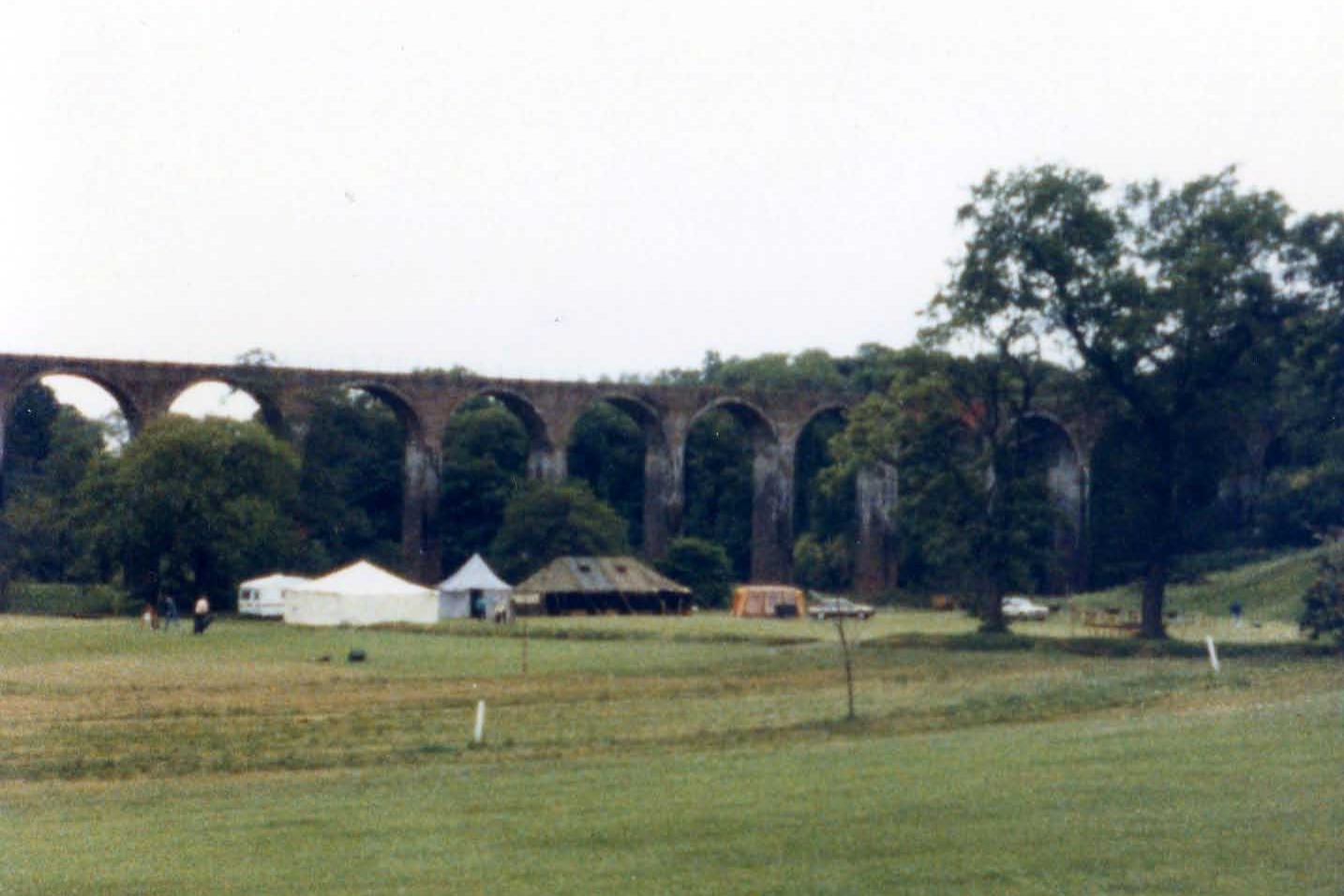 The Demolition of the Viaduct

In 1987, following many years of deterioration, urgent action was required and following an Inspection the AGM held on the 24th January Members were asked to discuss whether to repair (at a cost of up to £250,000) or demolish. The vote was for demolition.
On the 1st May 1987, at 7pm – just over 30 years ago, the detonator was pressed and 200 lbs of gelignite brought the 120 year old Viaduct crashing down.

The course changed as a result – rubble had to be landscaped particularly around the 9th – and no longer could a shot to the 9th green be measured in “arches”.

And today – apart from the 3rd hole being named Viaduct – it’s quite hard to tell that a major landmark in Midlothian’s history had ever existed?

More information about the Railway and the Viaduct is available from Golf at Milton Bridge – a short history of Glencorse Golf Club – by Club Member Bill Taylor – published in 1998.

It’s available in Dalkeith, Penicuik and Roslin Library – as well as a copy in the Club.